“She was his hurricane, and every nudge pulled him deeper into the eye of the storm.”

This book almost bored me to tears. I can’t even count the number of times I actually fell asleep while reading it. It took me a full month to read it, one full month feeling underwhelmed, the worst part is concentrated on the first excruciating 60% or so. I don’t get why Victoria Aveyard spends so much time writing about the same thing over and over: Mare being chained and miserable, Mare seeing Maven, awkward conversations, Mare back to her cell/chamber, Mare angry breaking plates and throwing food. Repeat. Was it supposed to show that she spent a lot of time as Maven prisoner? Was it supposed to make us understand that this was a kind of unhealthy routine? For all I know, it made Mare look like a childish person throwing tantrums around, and I couldn’t even feel the strength to pity her.

I knew beforehand that this book would contain more Maven than Cal, but still, I felt ready. But I wasn’t prepared how boring that would be. Because there is so much emotionally-broken-Maven I can bear. And the fact that I still resent him for his betrayal in Red Queen has nothing to do with why I disliked this book. I feel that during the first half of this book, we haven’t learned anything new from him. Yes, we know it is not his fault, that he is not truly a monster but that he was made and raised that way by his mother. But here it’s just confusing. We can see that Maven is not supposed to be a love interest anymore, at least not to Mare who made it clear to herself that his love is poisonous, but she somehow kept some is misplaced empathy for him and felt so fake I couldn’t feel anything except wondering what was wrong with her. In the end, Maven ended up being a flat villain and what he used to bring to the story is now gone.

“You are only a shadow, and who looks at shadows when they have flame?”

I think that Cameron POV was part of what made this book even harder to like. I enjoyed her in Glass Sword, I liked her power and her rebellious mind, but here she became another brat. Her only purpose was to make us see some of what happened with the Scarlet Guard. But Cameron doubts and mood were really annoying; and in the end, anyone else could have been the Scarlet Guard POV. It could have become way more interesting with Cal willing to lose everything to get Mare back, or Kilorn with his key role to make Silver, New Blood and Red less suspicious and more trusting around each other, or Farley coping with Shade death, becoming General and made a Guard Ranking Officer with Command of the Scarlet Guard while pregnant. See, plenty of ideas here. Cameron doubts and mood were just annoying.

On the other way, I enjoyed a lot reading from Evangeline Samos’s POV. She was really mysterious to me in the previous books and I liked to learn that she is a grey character as well. I loved her relationship with Elain, seeing her in her intimacy made her look softer and more human. I understand her more now. She is still a badass fighter but she has weaknesses and a mind of her own. She was less ambitious than what it first seemed and I’m really looking forward to read more about her in the next installment, I’m pretty sure that she can be the turning point for what is next to come.

Last but not least, there is Cal. I loved him so bad. The fact that he still hopes for Maven to redeem is crushing my inside, it also makes him human, because he remembers when they were younger, he has the memory of who Maven used to be and who he could be if the damage made by his mother could be unmade. I melted over his love declaration(s) for Mare. He finally embraces how he feels about her and that was so sweet to witness. I’m not sure their relationship is really healthy and I keep thinking that Mare is not good enough for him, but I want him to be happy, so if he wants Mare, then Mare it needs to be. The epilogue was really the only part of the book where I actually had some tiny bit of feelings while reading. I was kind of off-track with how Victoria Aveyard decided to cut short the battle scene, but this scene touched me. Hell, it even broke my heart. I don’t know whose pain hurt me the most. Probably Cal’s, even though they both could have made a different choice. They both had the choice, and they both decided to follow their ambition instead of their heart. In the end, both of them were wrong and right at the same time. 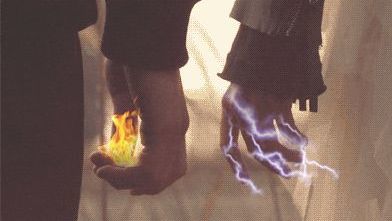 To wrap up, in my opinion, this book deserved no more than 1 star, but the second half, Evangeline POV, as well as the epilogue, saved my mood. Thanks to those, I’m decided to read the fourth and last book of this series once it comes out.