“People come in and out of your life. For a time they are your world; they are everything. And then one day they’re not. There’s no telling how long you will have them near.”

If you haven’t read my review of To All the Boys I’ve Loved Before yet, I’ll quickly sum up the story behind my decision to read this series. First of all, I added this series to my TBR five years ago, almost as soon as I created my Goodreads account, and as a new year resolution, I challenged myself to either read or delete all the books I added prior to 2016 by the end of 2020, so this series was for sure going to be a part of this process. And since I watched the two first movies adaptations and really liked them, it was one more reason to dive into this series asap. Now, I already established that I liked the first movie better than I liked the first book, and unsurprisingly it was the same for this sequel. I’m not sure why, but I really think the movies enhance the books, it might be that the targeted audience is older for the movies, or maybe that mentalities have evolved between the book and the adaptation releases, and the movie took that into account. That being said, let’s move on with my actual review.

So the story goes like this, after confessing their feelings in the last pages of To All the Boys I’ve Loved Before, Lara Jean and Peter are now in a real and official relationship. No more pretending, but Lara Jean being Lara Jean, a new contract is written, and the most important rule is “Lara Jean and Peter will not break each other’s hearts”. But Peter wasn’t the only recipient of one of Lara Jean’s letter, they were 5 in total, including John Ambrose McClaren, whom she met at Model UN and who’s now back, with his own feelings for Lara Jean, putting her in the basic love triangle situation. After seeing the movie, I watched Christine @polandbananasBOOKS video reaction, she said that this instalment was supposed to be about John Ambrose McClaren, that it was his chance to shine and that the movie didn’t portray it well. So, I went into this book expecting some major John Ambrose centred scenes. And I really was disappointed because I really think that he wasn’t more present in the book than he was in the movies. Quite on the opposite, I found that he was a more believable love interest in the movie.

“There’s a Korean word my grandma taught me. It’s called jung. It’s the connection between two people that can’t be severed, even when love turns to hate. You still have those old feelings for them; you can’t ever completely shake them loose of you; you will always have tenderness in your heart for them.”

Honestly, there was too much teen drama in this book and the characters bothered me a lot. Peter was a douchebag, it was like if all the character development that happened in the previous book was crumbled to dust and hidden under a carpet, because he turned out to be both jealous and, worse, self-centred. I hated that he kept putting unimportant things and persons, especially his ex, before his own girlfriend, not understanding why it was making her mad and how he asked to take back the gifts he gave her. I love him honestly but he made me mad a handful of times. John Ambrose was so bland I couldn’t care less about him. I know it’s an unpopular opinion since almost every single review I’ve read was praising him, but he was way too vanilla for me, and if one can be ‘too nice’, he was that as well. I liked John Ambrose in the movie more. Therefore, Lara Jean was a weathercock, since she wasn’t able to pick between the boring nice guy and the hot asshole. Let me tell you LJ darling, you don’t need a man, you’re allowed to choose none of them.

Honestly, the story was kind redundant, with the same old Genevieve drama and another love triangle. Speaking of her, I really disliked her development in the books compared to the movie. The reasons the author gave her were not good enough to justify the bitchy things she did (and it wasn’t good enough to justify she stopped being friends with Lara Jean when they were younger). Cyberbullying, as well as the non-consensual sharing of intimate images and video, are important subjects to discuss in books and general but I really don’t like how it was handled here. It especially bugged me that the issue was resolved by Peter and not Lara Jean herself. However, the fact that the book showed how women are slut-shamed after having sex whereas men are high-fived and it’s not normal.

“Lara Jean, I think you half-fall in love with every person you meet. It’s part of your charm. You’re in love with love.”

There were still some things that I liked while reading this book. It felt like Lara Jean grew up as a character, she was less naïve and I could connect with her more on some parts of the story. Like in the previous instalment, I really adored the family dynamic, I’ll never say it enough, I need families in YA books. Their father is so caring, loving and supportive, I crave for those representations. Kitty was a true star as well, and I really enjoyed to see more of the Song girls Korean heritage. Peter and LJ had some cute moments but unfortunately, there were not enough in my opinion. I’ll definitely jump to Always and Forever, Lara Jean next because I need more of them.

Update May 9th, 2020: Lana posted on Instagram a cute message for Noah’s birthday and he shared it on his story with the caption “My Love” and I couldn’t ship them more (even though they are just friends and are both in a relationship with someone else). 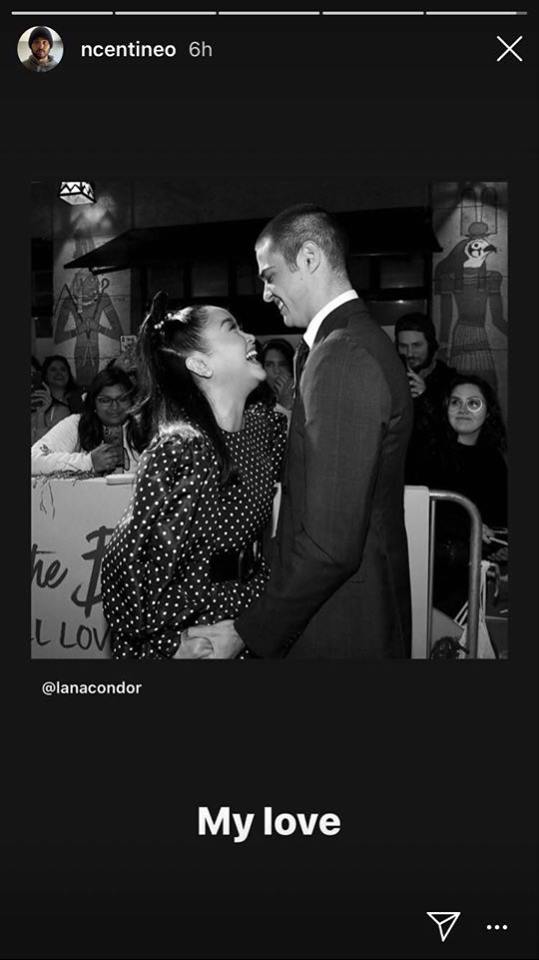