“I was stuck in another small town, trapped in another universe populated by the kind of people who’d only ever seen faces like mine on their evening news, and I hated it.”

The second book of my ’10 books in 3 weeks’ project

A Very Large Expanse of Sea is a semi-autobiographical novel where we follow 16 years-old Shirin a Muslim teenager from Iranian descent and born in the US, in the aftermath of 9/11. Shirin and her family move frequently because her parents are always trying to have a better job, in a better neighbourhood, with a better school to raise their children, causing Shirin to sink into solitude. Whereas her older brother, Navid, has it easy, Shirin is getting judged and sometimes violently verbally or physically harassed by her schoolmate because of her Hijab. The fact that she’s wearing a headscarf makes her noticeable; she stands out, it’s a constant reminder of her religion as well as the terrorist attacks that shook the country.

Other than that, she is on a daily basis victim of stereotypes, racism, islamophobia and xenophobia, from side glances, to a teacher thinking that because she is from immigrant descent she couldn’t be in AP English (because does a woman with a hijab speak English at all?). Shirin finds comfort by immersing herself in book and music –hiding the headphones under her scarf all day long at school– but her passion is break-dancing. She starts taking lessons in a break-dancing club at school with her brother and his friends. Together, they watch old battle VHS to learn new moves and train for the school talent show.

“Every time someone says something rude, it hurts. it never stops hurting. It only gets easier to recover.”

Soon, Shirin meets Ocean, a boy at her high school. At first, they are paired together by the biology teacher to be lab partners, and Shirin expects this tall handsome golden-boy to refuse as rejection is part of her everyday life, but it turns out he is happy to meet her and is curious about her habits and sounds genuinely interested by her Persian culture. She is used to protect herself and this boy attitude makes her suspicious. The more he seems interested in her, the more the think about him and Shirin can’t have that, so she retaliates, keeping her walls high up and instinctively pushing him away.

It saddened me to see Shirin profound anger even though I why she was. I truly can’t understand how the world can be so cruel toward those who are different. I keep asking myself through this book ‘why is no one intervening? Surely there must be someone that doesn’t agree with what’s happening!’ and yet no one did. And even though I’m an optimist I realise that today things haven’t changed at all. Girls are getting raped in broad daylight in public transportations in front of hundreds of witnesses and no one help. People think that’s when it’s not their problem they shouldn’t intervene. And yet racism is everyone’s problem. I’m kind of horrified that this book is still relevant today, eighteen years after.

“If the decision you’ve made has brought you closer to humanity, then you’ve done the right thing.”

Shirin feels like her pain isn’t legitimate and doesn’t come up to her parents about it because she thinks that what they went through in Iran was worse. And her brother is popular, so she cannot confide in anyone, but Ocean soon becomes her confidant. The two soon become friends and are slowly moving toward more. The romance was awesomely well written and it wasn’t superficial at all. Ocean and Shirin complemented so perfectly. Whereas Shirin is intelligent, fierce, angry and mistrustful, Ocean is genuinely kind, innocent, gentle and patient. And with all those, he slowly manages to pierce through her armoured heart.

And of course, because of Shirin’s traumas, this love story gets bumpy. She is so scared that the way she is treated will rub off Ocean, and unfortunately, it does. This book just describes interracial relationships’ struggles so well, I was in awe, and the emotions such as pain, fear and anger were perfectly portrayed, however, I found it sometimes kind of… melodramatic? Some part felt kind of cliché and the struggles of Ocean seemed kind of anticlimactic compared to Shirin’s. Other than that, the relationship between Shirin, Navid and his friends made this book a gem. I loved all the break dancing scenes; the way they made Shirin gain self-confidence was uplifting. 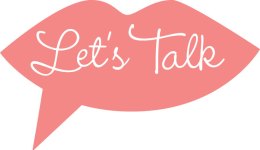 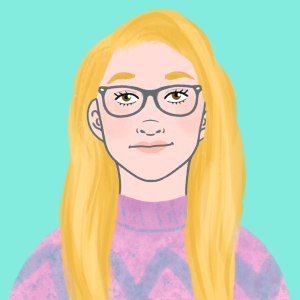