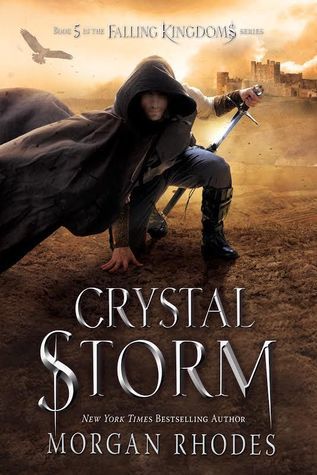 “This is war. And in war, we must do what is necessary to survive.”

Dear people of planet earth, it is the first time that three books of the same series make it to my favorite shelve (Harry Potter isn’t counting here). And the reason is simple: MAGNEO. I just ship them so bad. And I loved the fact that even if they professed their love in the previous installment, being in a couple wasn’t an easy-cheesy road, they both kept their struggles, greed, and ambition. Their scenes were so catchy, I couldn’t put the book down. 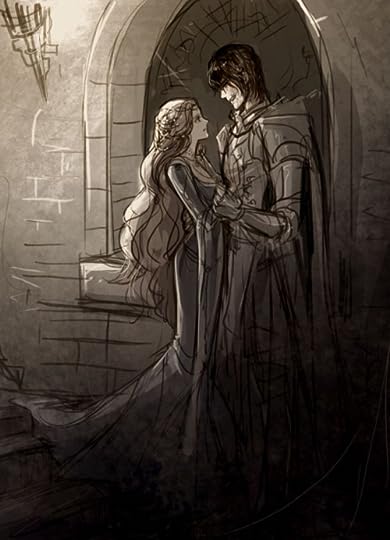 It went from butterflies in my stomach to the nauseating sickness. Magnus was more open as he expressed his feelings more, owned up to them even, whereas Cleo kept some distance, especially because she cares about what others may think (and by other I mean Nic). She has to keep a mask and she does it too well for my taste. And even if she stays a master of deception, I still want them both together, because she can make Magnus happy, and I just need him smiling, please, it would be the most beautiful gift ever.

Below, with a full-page quote, you can witness both the sexual tension and the desire that drives them, but also my poor baby’s feeling hurting him:

Magnus took a step closer to her; she took a step backward: the same dance they engaged in from time to time. They kept it up until he backed her into a corner, and she looked up at him defiantly.

“Perhaps you’d rather share a room with the rebel than with me,” he said, twisting a lock of her hair around his finger. “Then again, he’d probably prefer a house in the trees made of sticks and mud.”

Cleo scoffed. “This is what you choose to focus on right now?”

“Yes. Because if I focus on Agallon, I can stop focusing on you and how badly I want to take you to my bed.”

All she could do was let out a brief, breathy gasp before his lips were on hers, his hands gripping her waist and pulling her against him. And she kissed him back without reservation.

His hands slid down her sides to her waist, around to the small of her back, and over the curve of her bottom. Frustrated with the necessity to lean over to fully kiss her, he gripped the backs of her thighs and lifted her up into his arms so that her back pressed up against the wall.

Surely, she would stop him now.

And yet she didn’t. In fact, she’d begun to frantically pull at the ties of his shirt, her mouth not leaving his for an instant.

“I want you,” he whispered against her lips. “I want you so much I may die from it.”

When he kissed her next, all rational thought about the curse vanished from his mind. There was nothing except the maddening, blinding need to touch her, to taste her . . .

At least, not until he heard the footsteps approaching from behind him.

It was then that Magnus sensed that they were no longer alone.

Slowly lowering the princess back to the ground, Magnus forced himself to pull away from her and, shoulders tense, look upon their intruder.

“Um . . . sorry to interrupt? I was . . . uh . . . just moving through.” But he remained still where he stood, then raised his chin. “Pardon me for saying, your highness,” he said, looking at Magnus, “but you might want to be more discreet with the princess from now on.”

“Is that so?” Magnus hissed.

Felix nodded. “Nic has happily convinced everyone that you hate Magnus, princess. And that . . . didn’t look like an act of hate to me. He’s going to go out of his mind over this.”

Cleo stepped away from Magnus, her fingers pressed to her lips and her cheeks bright red.

“Please, Felix,” she said, almost desperately. “Promise me that you won’t tell Nic about this. Not ever.”

Magnus hid his grimace. Something about how she said it, how relieved she sounded that it had only been Felix who’d witnessed them together and not someone whose opinion she valued more, pained him deeply.

Frozen Tides stays my absolute favorite but this book was still amazing. I think this is the first book where I can bear most of the side characters. They accepted their fate as side characters, they were here to help fulfill the main quest without trying to steal the spotlight from the one we love. Surprisingly, Jonas became interesting and at last useful. He was more levelheaded and rational; he tried to think before acting, not driven by bitterness or grudge. His storyline evolved giving him a key role.

To me, Lucia was useless, I really would prefer a book without her point-of-view, but at least, someone gave her some sense back. She was boring but at least she was redeeming herself. However, I liked how she and Jonas met and had to put their hard feelings aside to collaborate for the greater good. Felix was good but we didn’t get his POV, and I’m like Taran who? Please, tell me what is the purpose of this character?

Last but not least, we got Amara. And I want to give her the award of the most annoying and boring POV ever made. At first, I could sympathize with her loneliness and her need to belong and be a part of something bigger, but now I just hated her. I was just like, okay, we get it, you want to be the empress of the world, man must kneel before you, you are oh-so-ruthless. Please, change the record now, will you?

“What do you care of Magnus’s fate, Cleo?” Amara asked, her voice holding a tremor that Cleo had never heard before. “I thought you hated him.”

“You’re wrong, I don’t hate him,” Cleo managed softly. Then stronger: “I love him. I love Magnus with all my heart. And I swear, if he’s… dead… if I’ve lost both Nic and Magnus today…” Her voice broke as she raised her gaze, seeing that the others now watched her with fear in their eyes. The bottomless sensation of cool, powerful water magic flowed just beneath the surface of her skin, as if waiting to be unleashed. “I don’t think this world will survive my grief.”

Now I’m so broken to wait for almost a year with that cliffhanger. Please Morgan Rhodes, take care of Magneo for me. I couldn’t survive if something happened to them. And also, some piece of advice, you can make a book with only those two POV, I think most of the fandom will thank you wink wink 😉